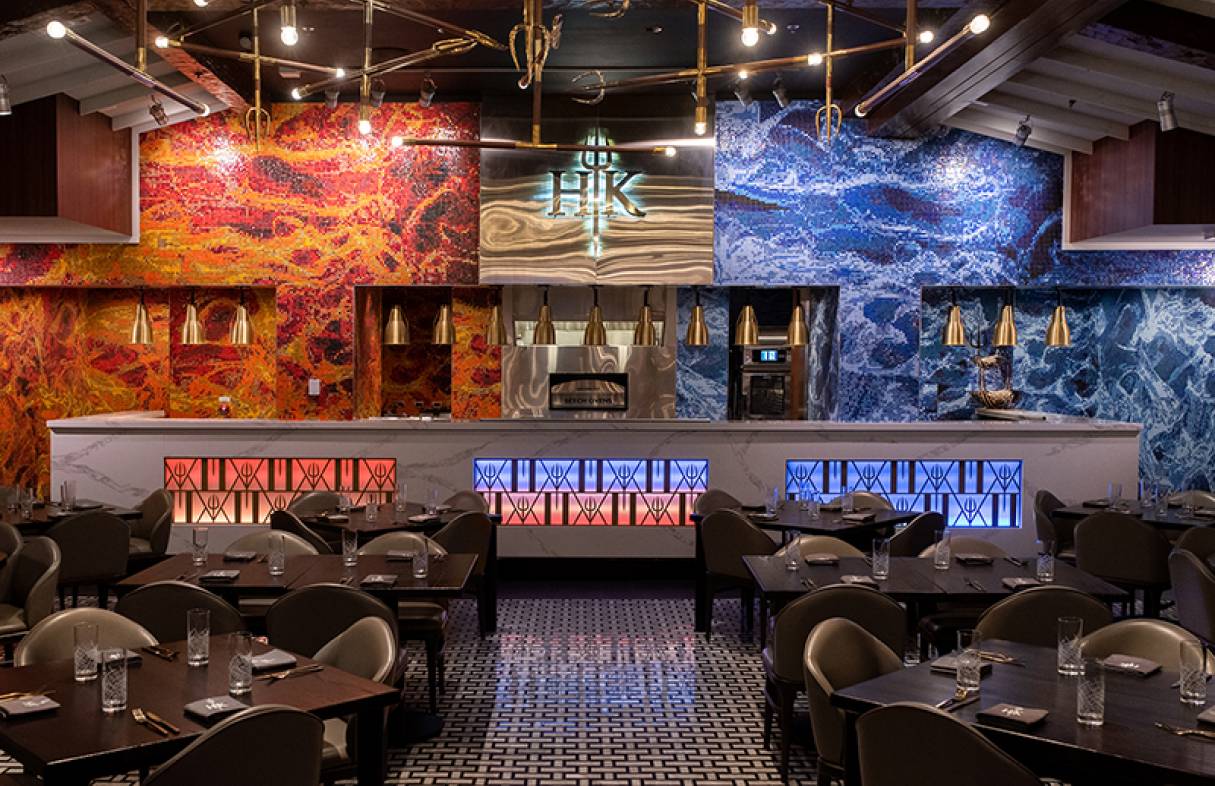 The high-energy restaurant and bar takes its cue directly from the primetime television hit seen worldwide by millions of viewers, which is slated to premier seasons 19 and 20 in the near future. The restaurant shines the spotlight on many of Hell's Kitchen cast/chef recipes and dishes featured on the show, including many of Chef Ramsay’s signature dishes like the Pan Seared Scallops, Lobster Risotto, Beef Wellington, Crispy Skin Salmon and Sticky Toffee Pudding.

Book Now
Back to Top