For all press and media enquiries please contact: press@gordonramsay.com

This email address is for media enquiries only and unfortunately we won't be able to respond to non-media requests. 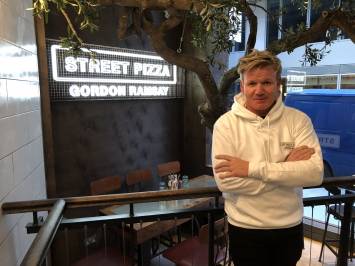 If there’s one thing I believe it’s that pizza doesn’t need to be complicated. So, let me introduce you to simple, delicious bottomless pizza – served by the slice so you can enjoy as much of each of our signature toppings as you like. It’s pizza without rules. – Gordon Ramsay 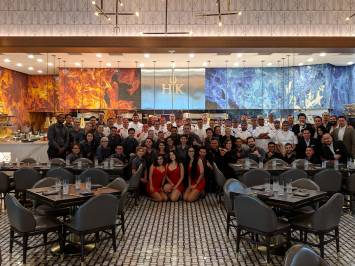 Celebrated multi-Michelin star chef and television personality Gordon Ramsay announced live to his fans on Facebook[https://www.facebook.com/gordonramsay] today his plans for the first-of its-kind Gordon Ramsay Hell’s Kitchen located at Caesars Palace Las Vegas, set to open this winter. To commemorate the announcement, Ramsay skillfully ignited the series’ 17-foot signature pitchfork – transported straight from the set of the hit FOX show – in the center of Caesars’ iconic fountains. This marks Ramsay’s fifth Las Vegas restaurant and extends his successful partnership with Caesars Entertainment. As is the case at Chef Ramsay’s other restaurants, the quality of the food and dining experience is paramount for the HELL’S KITCHEN[sitetree_link,id=2527] restaurant. 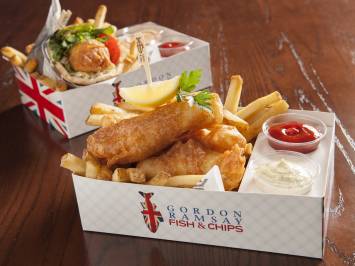 One of the most anticipated openings of 2016, celebrated chef Gordon Ramsay’s fourth Las Vegas restaurant, Gordon Ramsay Fish & Chips, is now open at The LINQ Promenade.

find out more
PREV NEXT
Back to Top