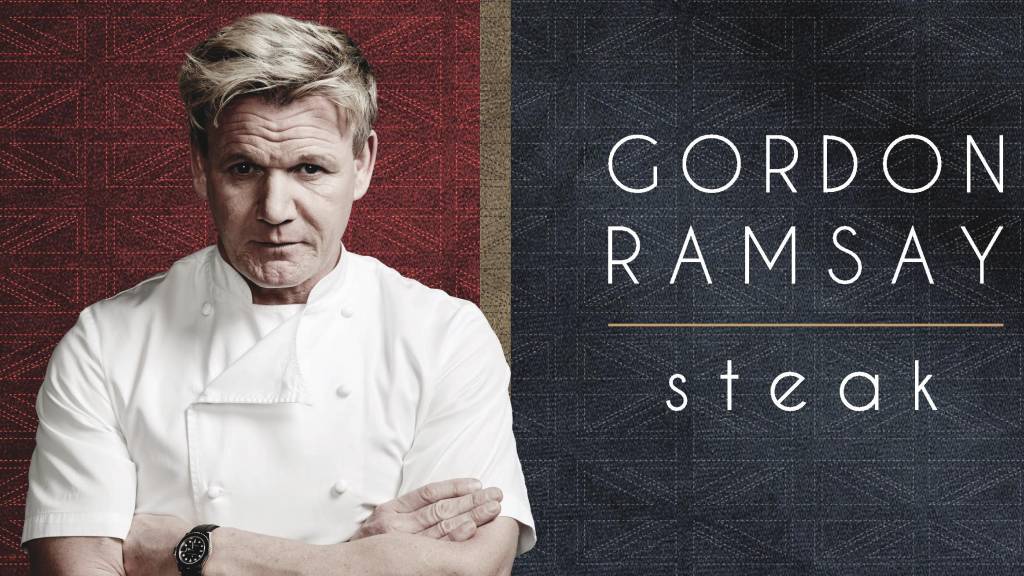 Set to be the most highly-anticipated restaurant opening in Atlantic City this summer, multi-Michelin-star Chef Gordon Ramsay and Caesars Entertainment announced today the restaurateur, TV personality and author will bring his first steakhouse concept to the iconic seaside gaming destination. Gordon Ramsay Steak is scheduled to open at Harrah’s Resort Atlantic City over Memorial Day weekend, at the start of the summer season.

Star of Fox’s “Hell’s Kitchen,” “The F Word with Gordon Ramsay,” “24 Hours to Hell & Back,” and “MasterChef” among other popular programs, Ramsay first introduced the acclaimed steakhouse at Paris Las Vegas, where it has received rave reviews since opening.

“I couldn’t be more pleased to introduce Gordon Ramsay Steak to Atlantic City,” Ramsay said. “Since first opening Gordon Ramsay Pub & Grill at Caesars, the city has quickly become a true dining destination. I can’t wait for Gordon Ramsay Steak to make its mark on the culinary landscape with a concept that will offer guests the best dry-aged beef, finest seafood and freshest locally-sourced ingredients in a uniquely warm and comfortable setting."

“We are thrilled to once again partner with one of the world’s preeminent chefs, Gordon Ramsay, on a world-class dining concept here in Atlantic City,” explained Kevin Ortzman, Regional President for Caesars Entertainment. “The debut of Gordon Ramsay Steak at Harrah’s Resort this summer, added to our already stellar lineup of restaurants, including Gordon Ramsay Pub and Grill at Caesars, will continue to raise the bar and further evolve the dining landscape in the city, marking our second concept by the multi-Michelin star chef.”

Ramsay’s vision for the restaurant is reflected in the dishes on the modern steakhouse’s menu. Gordon Ramsay Steak showcases prime beef dry-aged for a minimum of 28 days and cuts such as the 32-ounce Royal Long-bone Chop for two as well as American Kobe. With a nod to his British roots, Ramsay has expanded on the traditional land and sea offerings and developed a menu that is both distinctive and creative. Ramsay’s Beef Wellington and Sticky Toffee Pudding dishes, which have been popular items at Gordon Ramsay Steak in Las Vegas and Baltimore, will be signature items on Ramsay’s Atlantic City menu. Beyond the plethora of well-known dishes, Gordon Ramsay Steak will feature hundreds of labels in its extensive wine collection and feature barrel-aged cocktail classics with a twist.