The Team at Pétrus 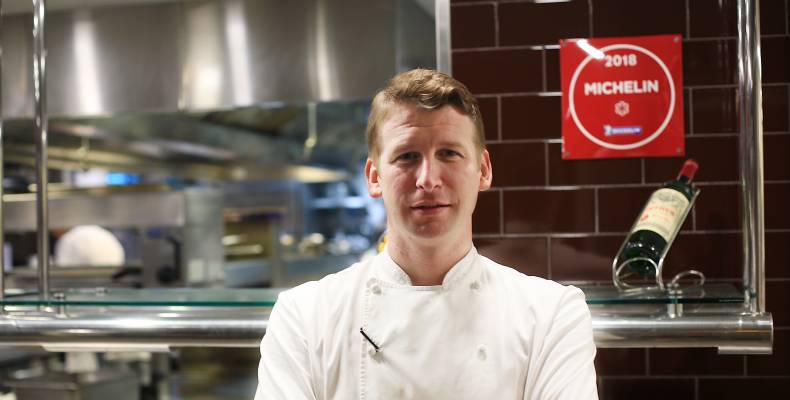 Head Chef, Russell Bateman, was born in West London and his interest in food and cooking began at a very early age. His nan was a ‘wonderful home cook with a particular flair for bread and baking’ and his grandad had a small vegetable patch, which always intrigued him as a child. His grandad also brewed his own beer, and Russell laments that he never had the opportunity to try it.

It was Russell’s two weeks work experience at school that first introduced him to the industry where he would excel. He remembers being placed ‘with a very talented and patient Chef who had time for me and helped me grow. I have never regretted a day of it’.

He studied at the world-famous Westminster College, which at the time had an amazing site in Battersea which he’d go to on an NVQ course once a week on his day off. Every role that he has had since then has led him to Pétrus and the position that he is in now. Russell is a firm believer that everything happens for a reason!

Since the beginning, all of his mentors have had a huge effect on Russell, and continue to do so.

His Grandparents, with their baking and brewing, inspired him as do his parents. Anyone within the industry who have made a success of themselves also act as an inspiration. Gordon is a huge inspiration and guiding light to him as well.

The thing that pushes him to reach new levels at Pétrus, is the desire to look after people, and have people say they’ve never had a better experience. To Russell, ‘having regular dinners is the greatest compliment’.

Outside of the kitchen, Russell is actively involved in Craft Guild of Chefs “Graduate awards” as chair of the judges. He believes it’s hugely important to train, coach and guide the next generation of Chefs. As a dad, he also loves spending time with his son, ‘doing the simple things but especially cooking together’. 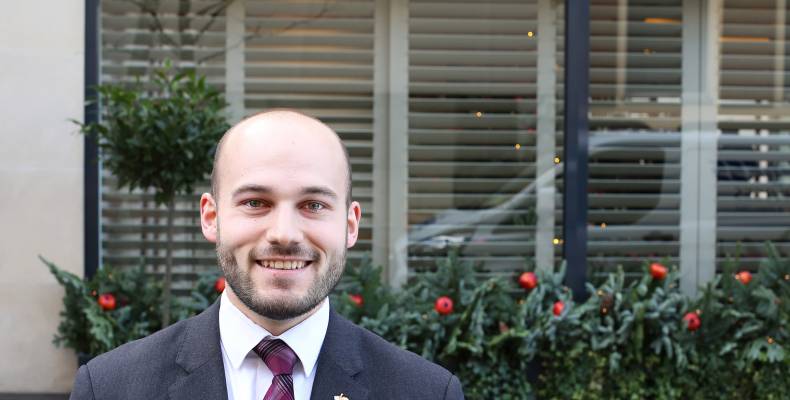 Head Sommelier, Florian Strassguertl, was born in Austria in a small city called Bruck an der Mur. He became interested in hospitality thanks to his father, who ran his own restaurant. He always took Florian with him into the kitchen and told him amazing stories of his experiences in different countries as a chef. Florian’s father remains his greatest inspiration ‘due to his years of dedication and passion for his job’.

By age 5, Florian's goal was to run his own restaurant. However, later on in life he became more and more interested in Wine during his time at the higher institute for Tourism and Leisure Industry Bad Gleichenberg.

Florian’s first internship was as a chef in a winter resort hotel in Tyrol, Austria and his first full time job was as a Sommelier in Gleneagles in Scotland in the Strathearn restaurant. Starting at Gordon Ramsay’s maze in Mayfair as a Sommelier was a key career step. He remembers that ‘the diversity of skills and knowledge I got through it remains so valuable for my current position, and it was my step into the GR Group’.

The thing he loves most about hospitality is meeting different guests every day. Every day is full of new challenges and he gets to work with ‘one of the greatest products from all over the world – wine’. Florian's favourite drink on the Petrus menu is the Chambolle Musigny from Hudellot Noellat because it is a great example of how diverse Pinot Noir can be with so much elegance to it. It is his 'favourite grape in my favourite region from my favourite village'.

Florian loves travelling to wine regions all over the world, in particular France and Italy.

After starting an apprenticeship aged 17 Nicolas, who is from Meaux in France, immediately loved the buzz of the hospitality industry. During his apprenticeship Nicolas says ‘I was very lucky to work for two years at Le Grand Véfour, a 2 Michelin star restaurant in Paris which was opened in the 1700s. I met a very professional team who inspired me to travel and go to London to learn English’.

Nicolas’ first position in the UK was at The Waterside Inn, in Bray, as Commis de Rang and he also worked at Le Gavroche, before moving to Canada in 2006 to take up his first Restaurant Manager position at The Inn at Manitou. This was one of his fondest memories, with another being his General Manager role at 2 Michelin UMU Restaurant in London between 2014-16. ‘Gaining the second Michelin star in 2016 was certainly a highlight in my career’ he says.

After Canada, Nicolas travelled to Japan in 2007 to work for a year at the Signature Restaurant in the Mandarin Oriental Hotel in Tokyo before returning to London.

Nicolas joined Gordon Ramsay Restaurants in 2009, becoming Assistant Restaurant Manager for Pétrus when the restaurant opened in its current location, Kinnerton Street. He remained with Pétrus for over five years and is excited to be back at the restaurant five years later, as General Manager.

Nicolas loves working with people, he really enjoys ‘building my team and see my younger colleagues grow in the industry’. Outside of work, Nicolas says he enjoys the simple things. Going to the gym, spending time with family, and picking his daughter up from school.

Pétrus has a smart dress code.
No smoking allowed.
Only Guide Dogs welcome.

Children are welcome however please note that we do not provide children's menus or facilities.

Pétrus has a smart dress code.
No smoking allowed.
Only Guide Dogs welcome.

Children are welcome however please note that we do not provide children's menus or facilities.